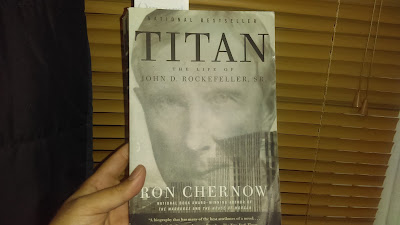 From beginning to the end, the life of John D. Rockefeller is a powerhouse.

Described both as a man possessed by the greed of wealth and a man of great work in philanthropy, Ron Chernow’s leaves this legacy’s judgement up to you.

Conclusions and verdicts are often easy to come about with biased information. But similar to how Rockefeller made business decisions, an argument’s side should be made when you can defend both sides of a story.

This isn’t going to be a complete cliff notes version of this story. We all can read, and I highly recommend you pick this book up. However, I will give you my take away points from this book.

Rockefeller did grow up poor and was practically raised by a single parent. These hardships weren’t an excuse. They were used as experience that propelled him to view problems and obstacles as opportunities to prove himself.  And as puzzles to solve. You could say a blessing in disguise.

Despite, being highly controversial in business, throughout the process, he realized that he was doing something that was greater than himself.

It was his vision based on decisions made in the moment that led to the empire he built not only for wealth, but for his family.

If you’re like me or any other person in this world, you at some point in life were concerned about being accepted in this world.

Sometimes this acceptance can prevent us from going after our dreams and the life we want.
It’s easy to give in to the fears and social pressures we face daily. Even the countless of excuses on why we can't do something.

But don't fall for that.

You don’t necessarily have to create something new or be an entrepreneur. But be a part of something that makes your life fulfilled and gives you purpose.

Oddly enough, after Rockefeller retired from Standard Oil, not only did his philanthropic gifts grow, but so did his wealth with dividends. It’s obvious you don’t want to give with the intentions of getting something in return. If you have that mindset, you will be disappointed. But when it’s done from the heart, you often see a return twice as large.

Things have a funny way of paying off.

Dr. Viktor Frankl once wrote, “He who has a why can bear any how.”

What's your why? Share your story on being part of something bigger than yourself.

6 Riveting Things That Appeal To The Foundations of Compellingness 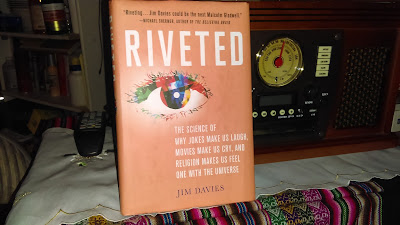 Everything revolves around being compelling.

If you have a huge, large or even small crowd you want to get your message across, you're facing a challenge.

How in the world are you going to get someone's attention when you are competing with 3,000 ads a day?

You have to start thinking of the common similarities from the things that usually capture our attention.

Why are conspiracy theories so compelling?
Why are scandals so riveting?
Why are we so intrigued about stories of the downfall of a celebrity or athlete?
Why do we root for the underdog in sports?
Why do we sit and watch viral videos of love or redemption on YouTube?
Why does some music go viral?

Most of these, if not all, have common foundation similarities across the board.

Those 6 Riveting foundations are:
Take a look around you. Ease drop on a few conversations. You will find out that there are things in our everyday life that resonate with  us so deeply we just can't ignore them.

Be cognizant of them and apply them in your everyday life...or you'll be forgotten.

Posted by Romario at 5:02 PM No comments:

If You Have To Take A Vacation from Your Job, Don't Go Back!

If you have to go on a vacation from your job, never go back.

There is no need to compromise.

You can find whatever it is that you want from life.

But here's another tip...

You have to start NOW.

Steve Jobs was right when he said, "I didn't want to be the richest man in the graveyard."

It doesn't matter if you are 18 years old or 80 years old, the arrow of time moves forward.

It's not enough to just be successful.

You have to be successful while you are young enough to enjoy it.

>> Accelerate The Speed of Your Success <<

Maybe your dream is to be a millionaire...

Or maybe you just want the financial freedom to be home for your children.

No matter what your dream is, you won't find it if you are looking in the same places as everyone else.

>> Get Massive Insight From The World's Most Successful Leaders <<

Because most of the world is just the blind leading the blind.

As Thoreau wrote in Walden Pond: "The mass of men lead lives of quiet desperation. What is called resignation is confirmed desperation."

But if you proceed carefully you will not be part of those desperate masses.

Fortunately, there have been many wise people over the last 8,000 years of civilization.

And they point the way.

They have left clues.

One of the greatest philosophers of all time, Plato, taught that most people are deep in a cave, watching shadows on the wall, thinking they are seeing clearly.

Plato invited you and me to step out of the cave and see life under the new light of a more clear reality.

A friend of mine, Tai Lopez, since age 16 has traveled to 51 countries, read thousands of books, been mentored by 5 people (three millionaires and two closer to the billion dollar level), learned from 12 of the world's top business partners, started or invested in over a dozen multi-million dollar companies, and collected the quotes, thoughts, and teachings of the greatest, wisest, and most intelligent people on earth that he could talk into helping him.

His collection of principles, thoughts, and sayings has grown over the years. The collection became pretty massive.

So not too long ago he set out to open this exclusive program for those who want to run their own business. He created this program because it's a scarce skill that is in demand.

This 4 month program comes from spending millions on learning the proper concepts of social media and internet marketing. If you take this serious, you can work your own hours where small businesses are willing to pay you $1,000-$5,000 a month. Why? Because the skills you will learn will also create and bring new clients to the small businesses you are working with.

This Social Media Marketing Agency video series will move you to a place you have never been.

He's confident that he will guarantee a full money refund if you do not see the results after finishing the program.

I guarantee this will be full of principles and lessons you have not heard before.

Every single person who has ever watched the full 67 Steps knows Tai gives value and brings results.

So, what are you waiting for?

Get the Social Media Marketing Agency Program!
Posted by Romario at 2:49 AM No comments: